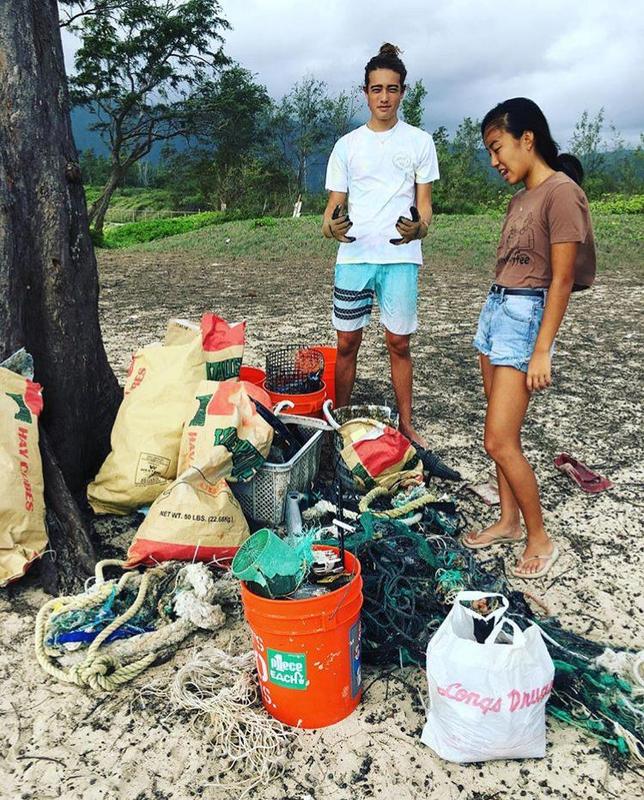 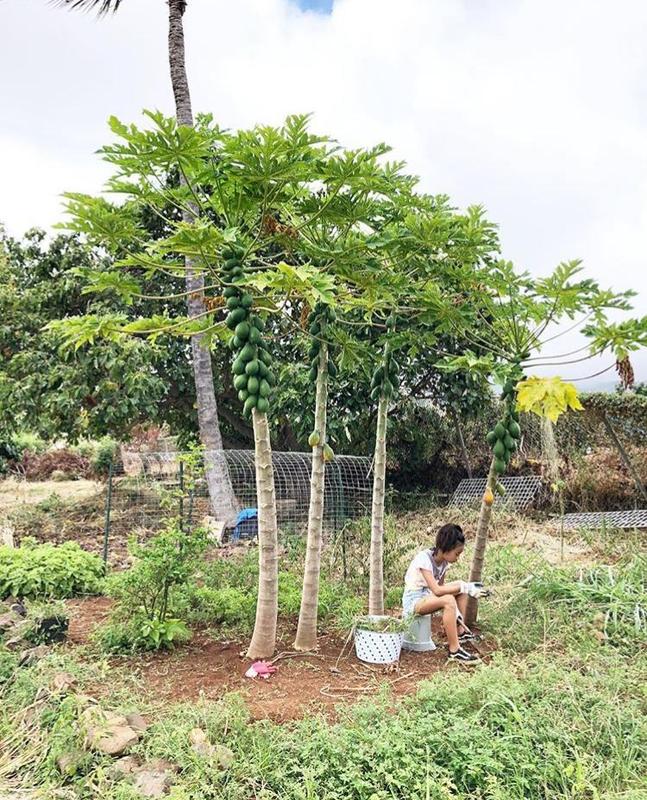 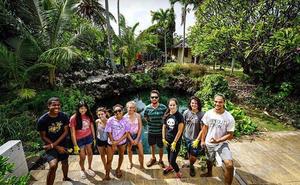 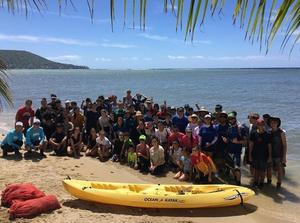 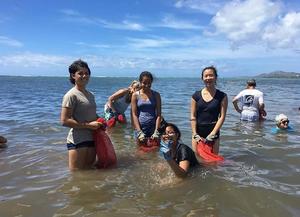 The Wipeout Crew describes their selves as an eco-conscious and service-oriented club. More so, this is a club that actually LIVES their Mission. Please click on headline for engaging video and to learn more about this progressive club which is making changes for a better Hawaiʻi and World.
The Wipeout Crew started in 2014 with students who shared their love for the ocean. From this, they evolved into a more environmentally-conscious club which takes initiatives with student-led activities and creates meaningful partnerships with environmental organizations.
From Beach Clean-Ups and creating a sustainable garden on campus, to getting involved in the legislative process, the Wipeout Crew has been the Change.
Most recently, on the eve of Independence Day 2018, Bill 2571 passed in the Hawaiʻi state legislature banning sunscreens which contained the chemicals oxybenzone and octioxate which have been proven harmful to living coral reefs. The Wipeout Crew was instrumental in the passing of this bill by creating an awareness of the harmful effects of certain sunscreen and the damage they cause to our ocean reefs. Members participated in the ban by attending presentations and open forums at the State Capitol. They then took this information and informed the public at Hanauma Bay and Wakiki Aquarium. Awareness for the harmful effects of sunscreen increased with the biggest sunscreen exchange which was hosted by the Wipeout Crew.
As an exclamation point on a successful program, the Wipeout Crew produced a visually stunning and informative booklet outlining their mission, the issues they've dealt with and solutions to how you can get involved.
Click here to view: Be The Change; A Guide to Saving Our Oceans
Also, please take a moment to view their video created by C/O 2019's Gearld Canday: Wipeout Crew
To get involved, Wipeout Crew meets every Wednesday during lunch in C303.
Follow them on Instagram: @wipeoutcrew or Twitter:@wipeoutcrewofficial.
PC: IG @wipeoutcrew
#generationIB
#enviornmentIB